The $20.8 million growth in revenues (+29%) and $15.6 million increase in operating expenses (+23%) stem mainly from increased activities at the multi-user dock. Higher revenues and operating expenses resulted in favourable operating income of $5.2 million at year’s end, or $1.9 million more than last year.

Other items were relatively stable compared with the previous year, with the exception of the change in the fair value of interest rate swaps. As a result, comprehensive income was positive at $14.7 million, compared to $13.9 million the year before.

Almost all the investments made by the Port this year went to the multi-user dock and totalled $1.8 million, versus $5.4 million in investments last year.

Over the past 20 years, close to $330 million has been invested in infrastructure. The biggest investments went toward building the cruise ship dock, adding an eighth silo and building Hangar 42 at the La Relance terminal for Aluminerie Alouette, optimizing docks 30 and 31 at Pointe-Noire and the multi-user dock. 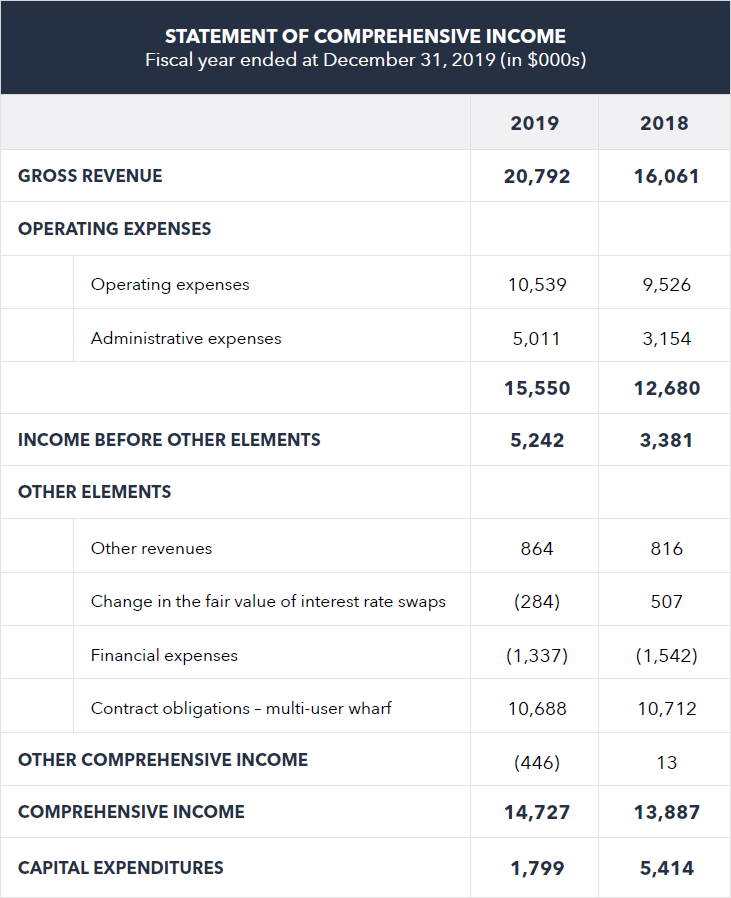