Our performance
at a glance

The port
at a glance 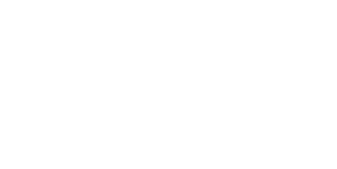 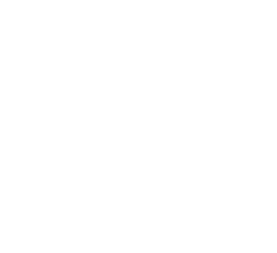 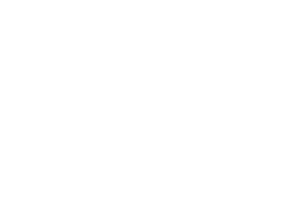 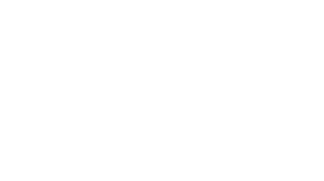 Highlights of the year 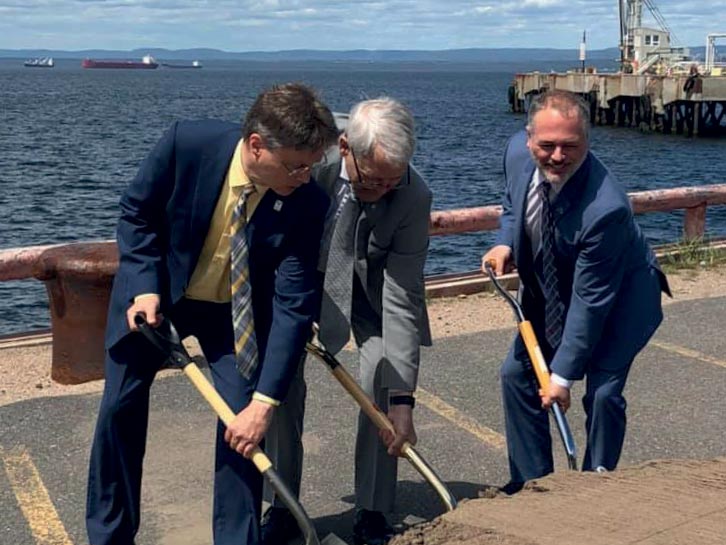 The Port welcomed the Honourable Marc Garneau, Minister of Transport, and Jonatan Julien, Minister of Energy and Natural Resources and Minister Responsible for the Côte-Nord Region, for an official groundbreaking ceremony to confirm equal contributions from both levels of government to the Pointe-aux-Basques terminal modernization project. Together, the governments are putting up over $13.3 million—two-thirds of the estimated $20 million investment. 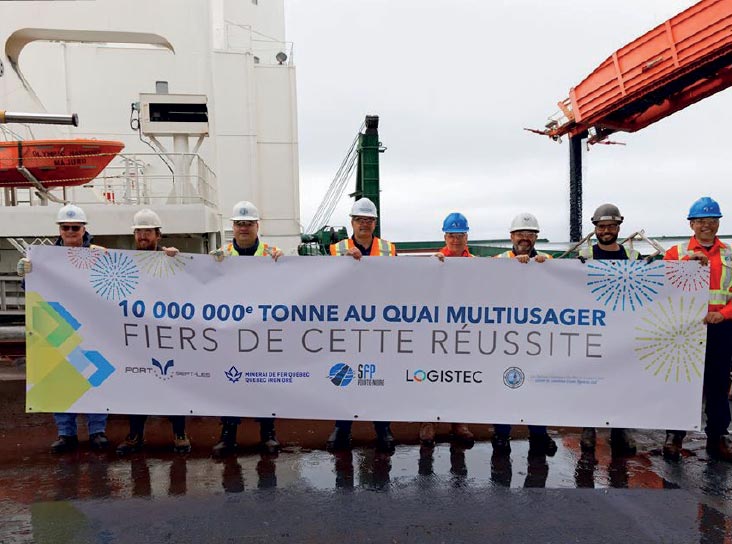 The multi-user dock was very busy, with over 40 vessels passing through, and all partners proudly celebrated a major milestone: 10,000,000 tonnes handled. 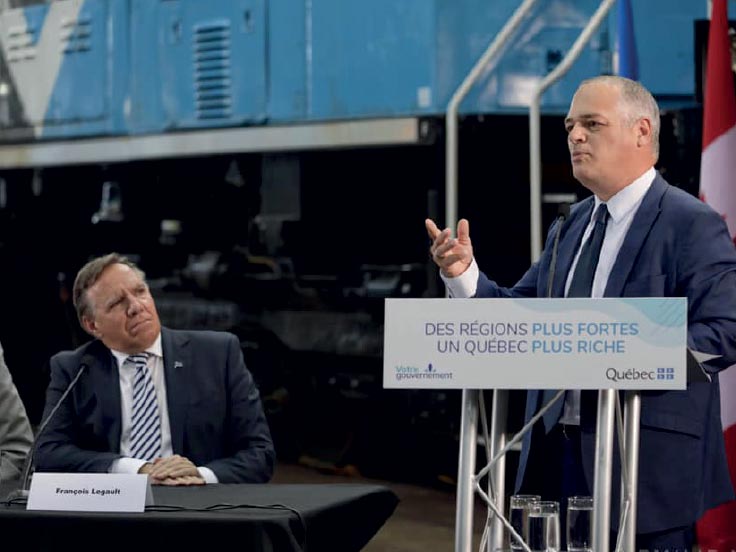 Premier François Legault joined Société ferroviaire et portuaire de Pointe-Noire to announce $50 million in government spending to upgrade the corporation’s equipment so it meets environmental requirements for the growth of its activities and growing demand from the mining industry.
Read more

" There has been sustained growth since the multi-user dock was commissioned, so the next 20 years look very bright for the Sept-Îles Port Authority and the regional economy as a whole. "
Watch video (FR)
Read the message

/ Chairman of the board

" It was the best year since the Sept-Îles Port Authority was created in 1999. "
Read the message

In 2019 we invited the whole community to celebrate our 20th year of independence! The big party included outdoor activities, raffles, and entertainment, and we even launched a commemorative beer!

As part of our Cruise for a Day event, we offered community members the opportunity to experience a cruise stopover in Sept-Îles. Over 100 people were able to get a fresh perspective on Sept-Îles and the archipelago. The bigtop was just as abuzz with activity as when a cruise ship comes to call, with artists and artisans on hand to share their culture and creations. Participants enjoyed local product tastings, a coffee at Clickafé in the morning, and a frosty beer at La Compagnie in the afternoon. 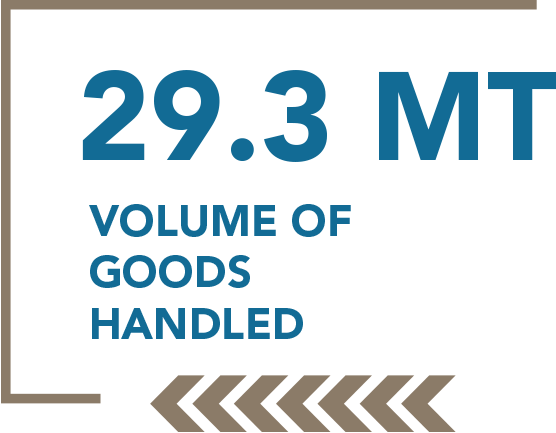 It was also a record-breaking year for cruise ships, with the Port welcoming 18,655 passengers and crew members. The season included seven planned calls, including the grand Queen Mary 2 on two occasions, and one unplanned call by the Serenade of the Seas seeking safe harbour from Hurricane Dorian. The ship came in to port with less than 24 hours’ notice and stayed for 34 hours, to the delight of local residents and retailers.

The first International Congress on Industrial Port Research (CIRSIP) was held in Sept-Îles from May 27 to 31, 2019. The congress, which explored the theme of “Scientific Research as a Management Tool,” was presented by the Northern Institute for Research in Environment and Occupational Health and Safety (INREST), the Port of Sept-Îles, and the City of Sept-Îles. CIRSIP brought in more than 40 internationally renowned speakers who shared their knowledge with the 300 people in attendance representing 8 countries. It was a chance to learn about new technologies, management tools, solutions, and strategies for sustainable development tailored to industrial and port facilities and operations.

Our work with the Bay of Sept Îles environmental observatory helped advance the CHONe II’s research on the North Shore.

In the summer of 2019, CHONe II projects continued in the Côte-Nord thanks to the NSERC Canadian Healthy Oceans Network and its partners, including Fisheries and Oceans Canada and INREST (representing the Port of Sept-Îles and the City of Sept-Îles). From 2015 to 2020, 39 researchers from 11 universities and a community college and their students, as well as a number of federal research laboratories from across the nation have worked on 20 research projects. The objectives of these projects are to gain a better understanding of the influence that multiple stressors have on the northern ecosystem and to develop tools to assess the health of these ecosystems so conservation efforts can be more effective.

Once again this year, the Port of Sept-Îles showed its community spirit and desire to support the families of Sept-Îles. As part of our 20th anniversary, we created opportunities to get together, have fun, and take advantage of everything Sept-Îles has to offer.

In 2019 we invested nearly $100,000 in the community through our donations and contributions policy, which provides solid financial support to various charitable and family-oriented causes in Sept-Îles.
Watch video (FR)

The $20.8 million growth in revenues (+29%) and $15.6 million increase in operating expenses (+23%) stem mainly from increased activities at the multi-user dock. Higher revenues and operating expenses resulted in favourable operating income of $5.2 million at year’s end, or $1.9 million more than last year.

Other items were relatively stable compared with the previous year, with the exception of the change in the fair value of interest rate swaps. As a result, comprehensive income was positive at $14.7 million, compared to $13.9 million the year before.

Overview of our 20 years 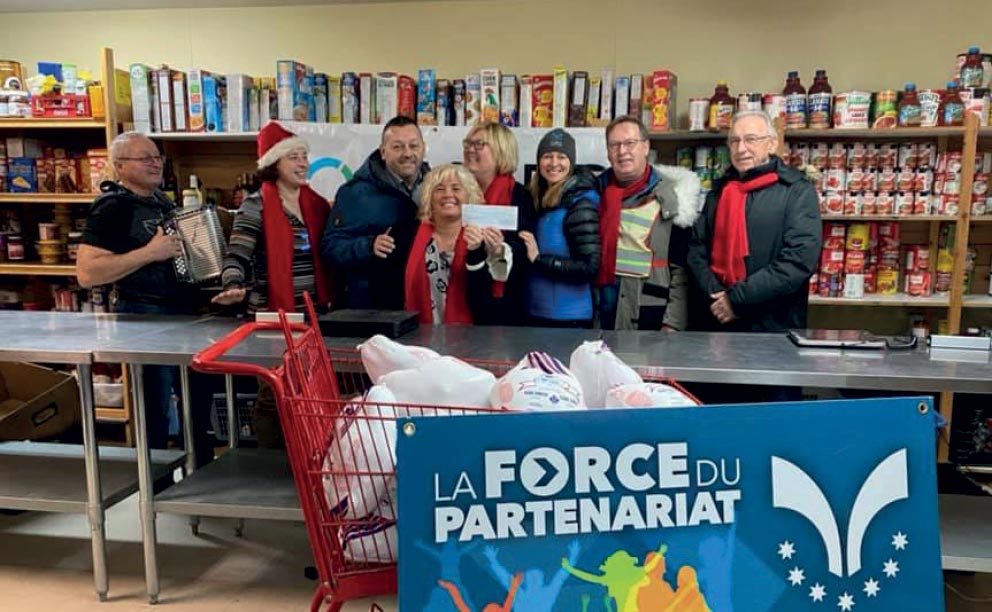 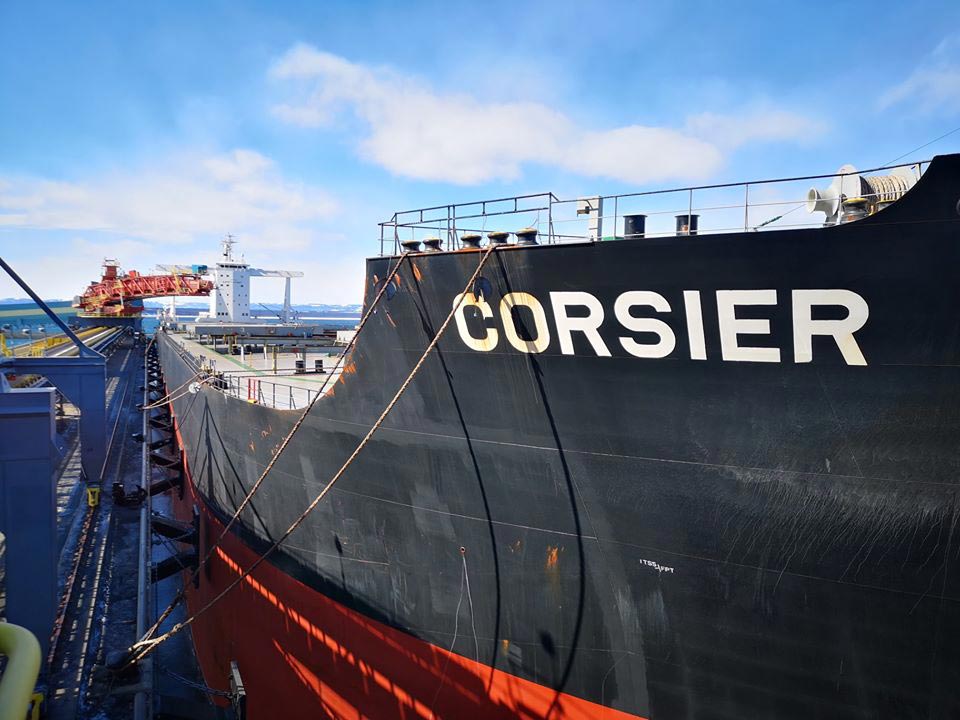 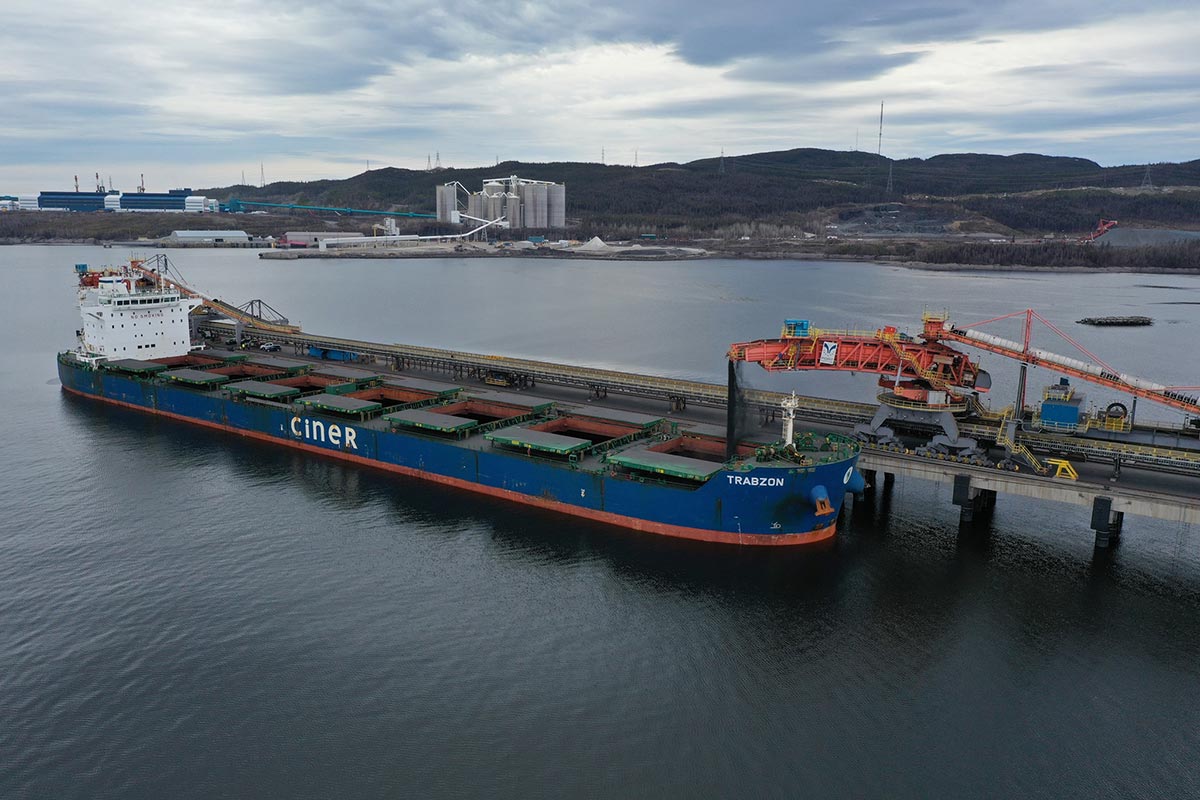 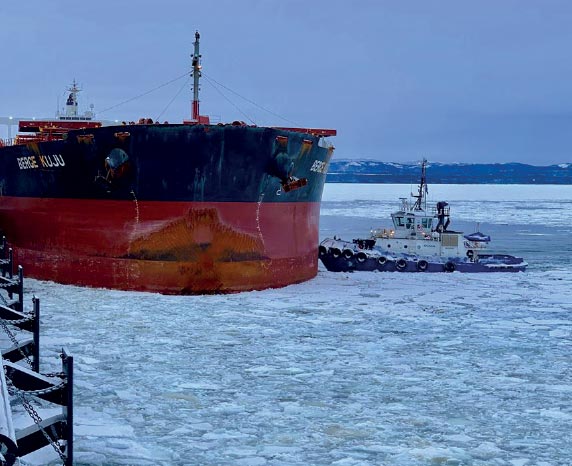 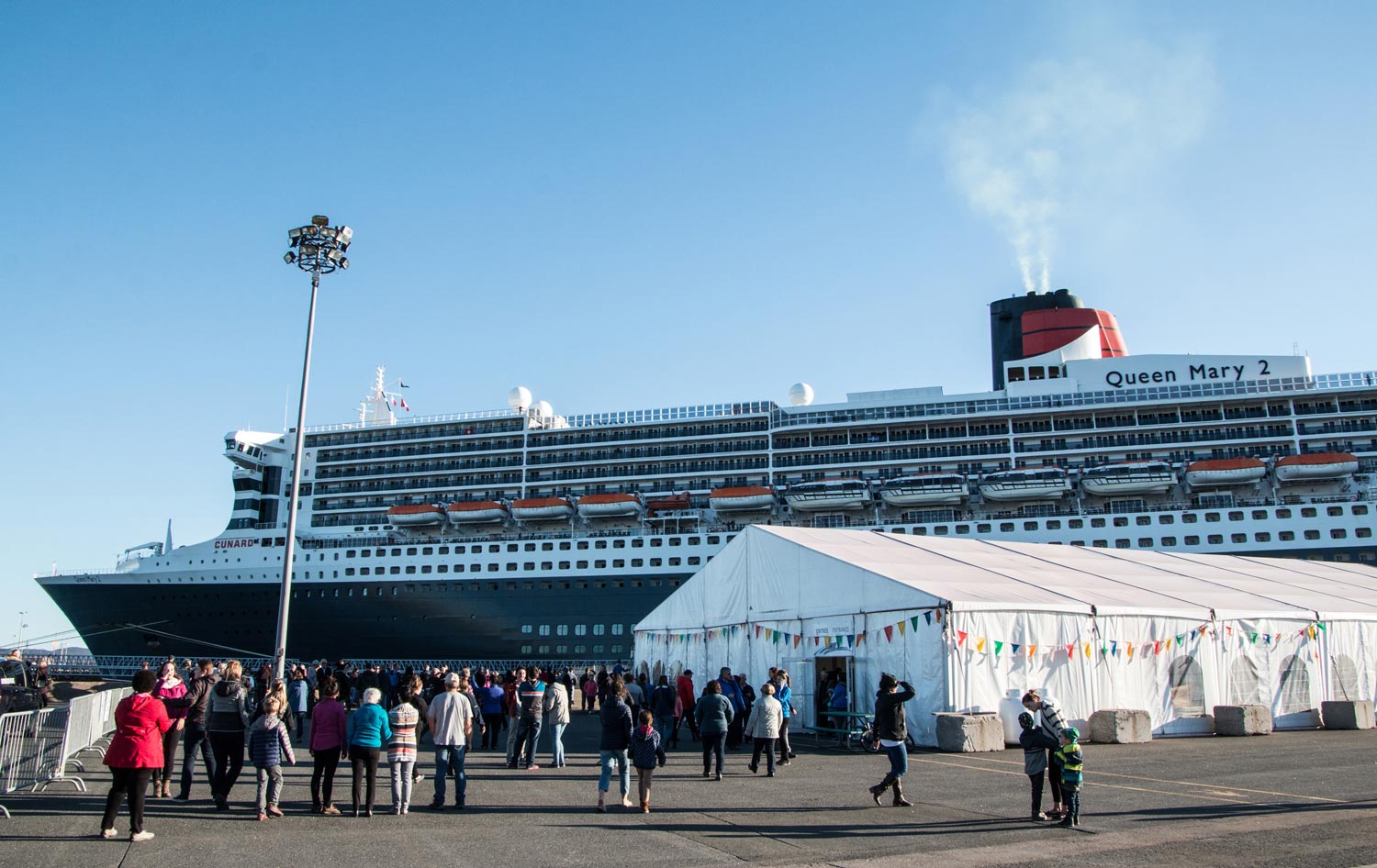 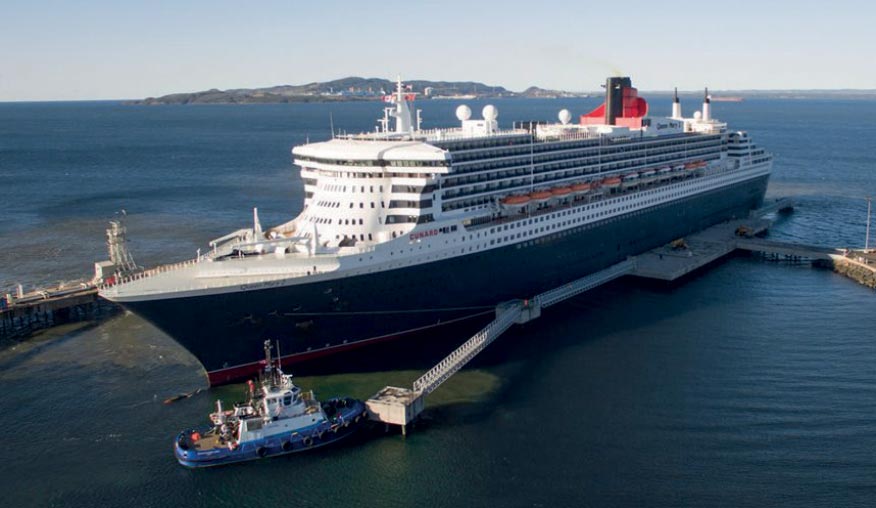 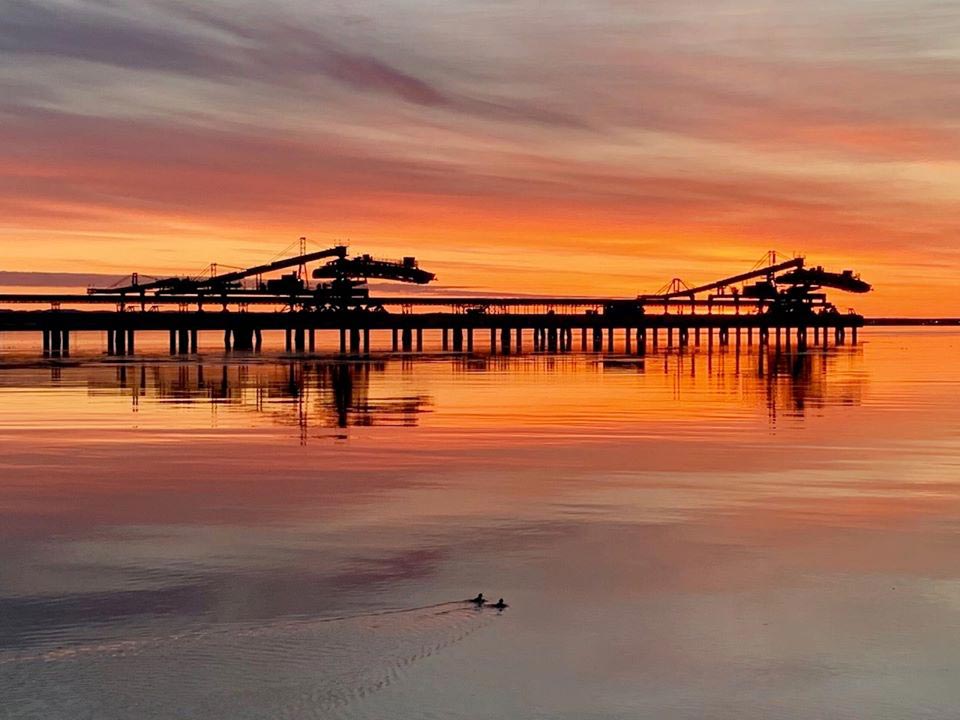 "Keep an eye on Sept-Îles in the coming months—a host of very promising prospects are in the works at the port. With the recovery of the iron market and the new $220 million multi-user dock, the Port of Sept-Îles could soon become the busiest port in the country."

The Port of Sept-Îles is committed to preserving its enviable position as a global leader thanks to its world-class, state-of-the-art port facilities, including the multi-user dock capable of handling 50 million tonnes of bulk cargo every year, making it the highest-capacity dock in North America.

The Port of Sept-Îles is positioned as an active and inspiring partner and a model citizen dedicated to supporting initiatives that promote the well-being of its community and protect the ecosystems of the Bay of Sept-Îles.