Twenty years ago, with the passage of the Canada Marine Act, the Port of Sept-Îles and 18 other Canadian ports became a local, independently managed port authority, with infrastructure and port facility development overseen by a local board of directors. This decision was an extraordinary opportunity to roll out game-changing development strategies for the Port and its region.

These efforts over the last two decades have resulted in investments totaling over $500 million, which we used to meet our valued partners’ needs and expectations and secure our position as North America’s leading iron ore-handling port.

Sustainable development and sound environmental management have also been top priorities throughout this period of growth that included the founding of the Bay of Sept-Îles environmental observatory, made possible through numerous critical partnerships. This observatory, the only one of its kind on the St. Lawrence River, attests to the leadership of the Port and its users in preserving our ecosystems. And that is something to be proud of.

It was the best year since the Sept-Îles Port Authority was created in 1999.

With the volume of goods handled up by over 15% in 2019 (29 million tonnes), it was the fourth best year on record since 1979 and the best year since the Sept-Îles Port Authority was created in 1999.

We also proudly hit and celebrated another major milestone in August: 10,000,000 tonnes handled at the multi-user dock.

In addition to Quebec Iron Ore, which began shipping from our multi-user dock in March 2018, we welcomed another new user, Tacora Resource Inc. We also proudly hit and celebrated another major milestone in August: 10,000,000 tonnes handled at the multi-user dock. The multi-user nature of the Pointe-Noire sector is also a key factor in the agreements signed with Société ferroviaire et portuaire de Pointe-Noire (SFP Pointe-Noire), which made it possible at the end of the year to load the same ship with iron concentrates from three mining companies: IOC, Quebec Iron Ore, and Tacora—a Port first, but certainly not the last!

A total investment of $20 million will bring up to standard a facility that is highly strategic for the region.

In June 2019, we welcomed the Honourable Marc Garneau, Canadian Minister of Transport, and Jonatan Julien, Québec Minister of Energy and Natural Resources and Minister Responsible for the Côte-Nord Region, for a traditional sod-turning ceremony to announce the equal contribution of both levels of government in the Pointe-aux-Basques terminal modernization project. These investments will bring this strategic facility up to standard to meet the demand for short sea shipping and for many projects to diversify the kinds of goods handled and supply the North.

Thanks to its new policy of donations and contributions aimed specifically at supporting organizations that help families, the Port has contributed financially to a number of collective projects by local organizations. In 2019 close to $100,000 was given to local community causes.

Over the years, we have allocated $1.4 million to various events and initiatives to foster the well-being of the people of Sept-Îles. Most notably, the flagship “5 à Huîtres maritime” oyster fundraiser, which the Port of Sept-Îles and its partners have been running since 2010, has helped raise over $500,000 for L’Élyme des sables, a local Sept-Îles palliative care facility.

In terms of cruises, 2019 was a record-breaking year with the port welcoming 18,655 passengers and crewmembers. The season included seven planned calls, including the grand Queen Mary 2 on two occasions, and one unplanned call.

There has been sustained growth since the multi-user dock was commissioned, so the next 20 years look very bright for the Sept-Îles Port Authority and the regional economy as a whole.

There has been sustained growth since the multi-user dock was commissioned, so the next 20 years look very bright for the Sept-Îles Port Authority and the regional economy as a whole.

Thanks to the multi-user vision underpinning the long-term agreements between the Port of Sept-Îles and SFP Pointe-Noire, many development opportunities are now anticipated for the vast and newly freed-up Pointe-Noire sector, which stands as a global model for innovative port complexes that integrate multi-user storage and handling services. 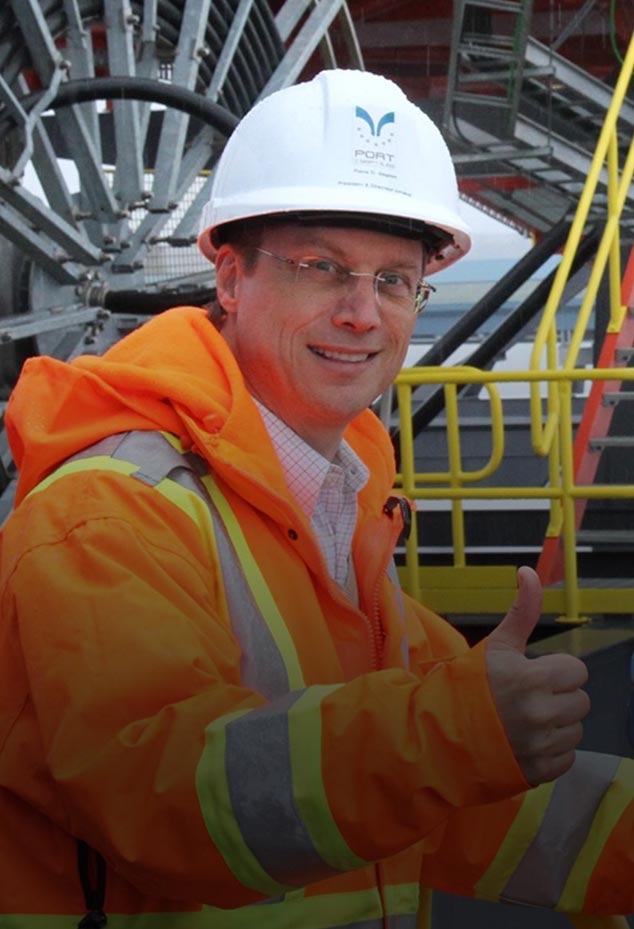 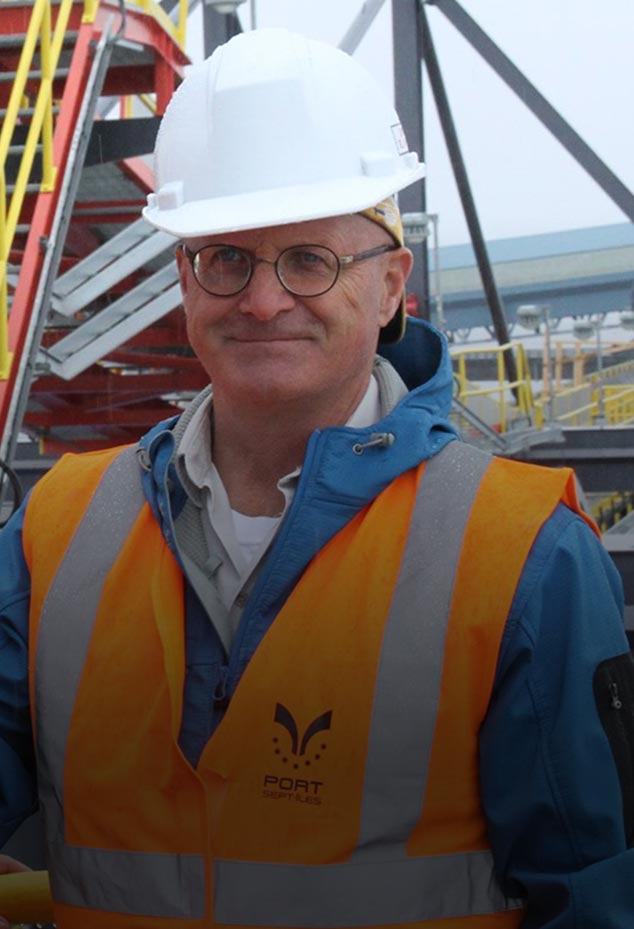 / Chairman of the board